Every once in awhile I need a theme-less post in which to include miscellaneous photos from around town. This is one of those posts. 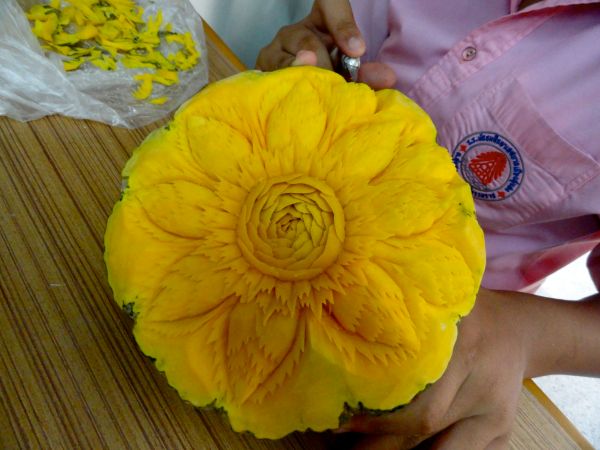 in our office a student was carving a flower into a pumpkin one day. beautiful! 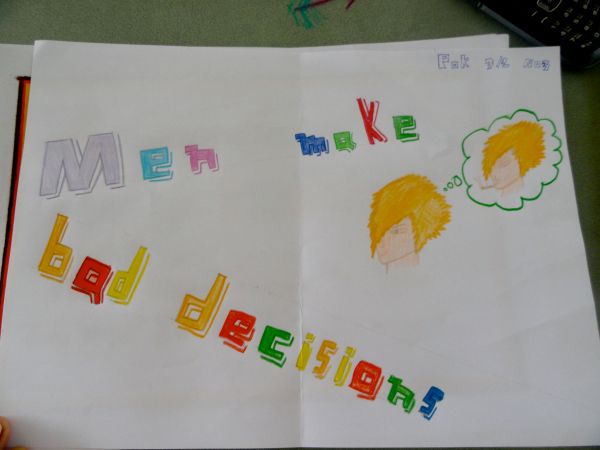 haha… a project i do every once in awhile is to assign vocabulary words to pairs of students, then have them translate the word, make a sentence, and include them all on a poster. though they didn’t follow the instructions completely, this poster (for the word ‘decision’) gave me quite a chuckle for sure. (don’t know if it’s clear but in the photo the man is imagining himself smoking.)

wow, it’s a rare occasion i catch jame, o, pok, and top hard at work simultaneously! (it’s worth mentioning that all the girls had been allowed to go to lunch because their work was already finished, whereas the boys hadn’t even started) 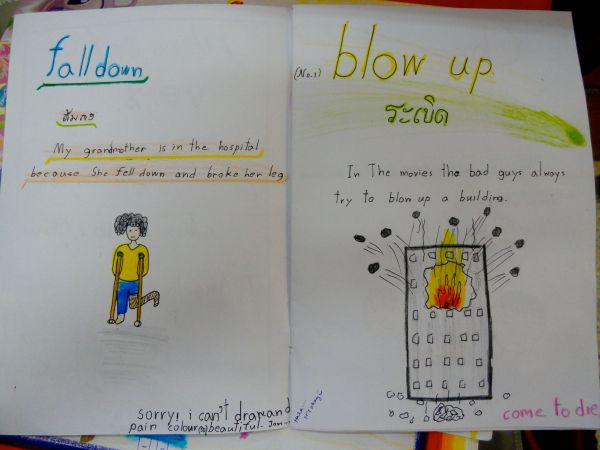 jom, my student crush, left me a little note at the beginning of his project: “sorry! i can’t draw and pain colour (so) beautiful.” i imagine he means “paint” 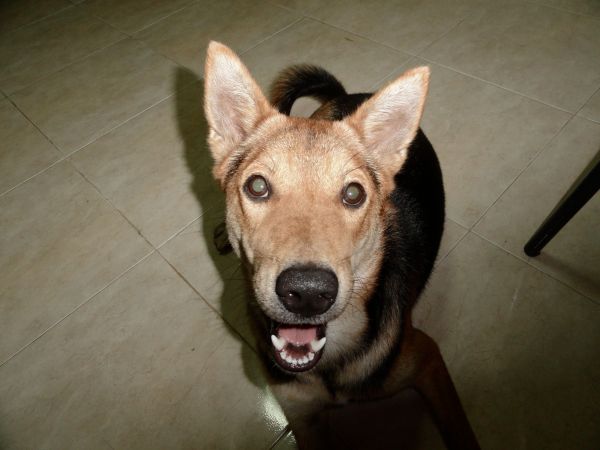 reason number 1244232 to love ollie: he is ALWAYS excited for EVERYTHING! 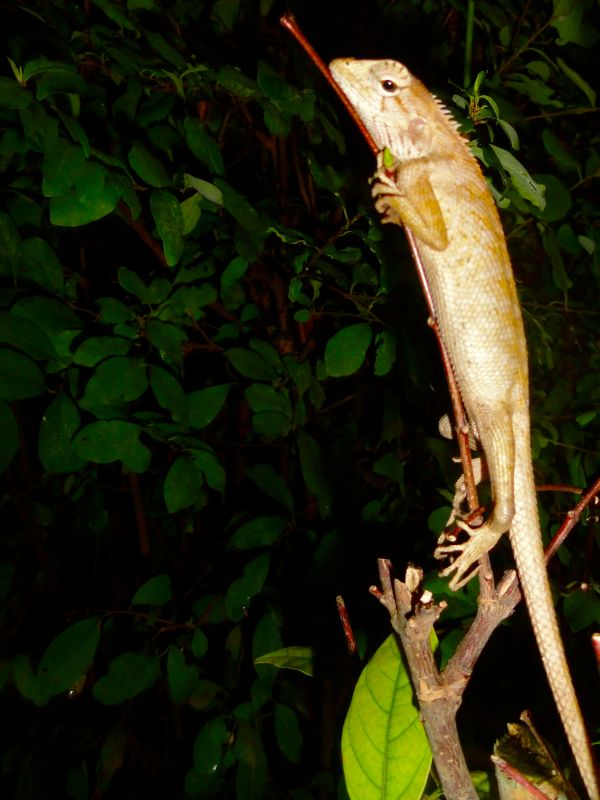 we saw this chameleon at one of our favorite restaurants, yim yim! he was totally chilling. and we’d just been talking about that movie ‘rango.’ 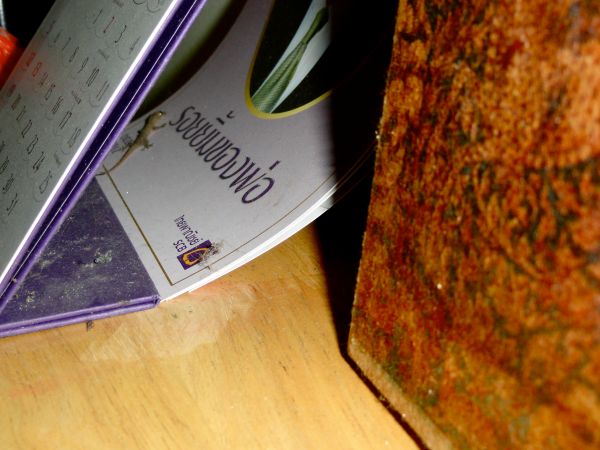 we spied the tiniest gecko! 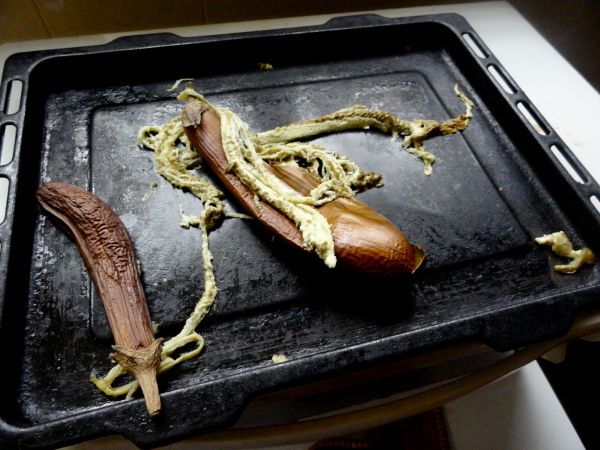 i blew up an eggplant roasting them to make baba ghanouj, but it turned out to be a blessing in disguise because, as a result of not having enough eggplant to make baba on its own, i make a hummus/baba combination that was awesome!

david took ollie and me to the vet

i finally snapped a photo of one of the many cows-in-pickup-beds we see around town. 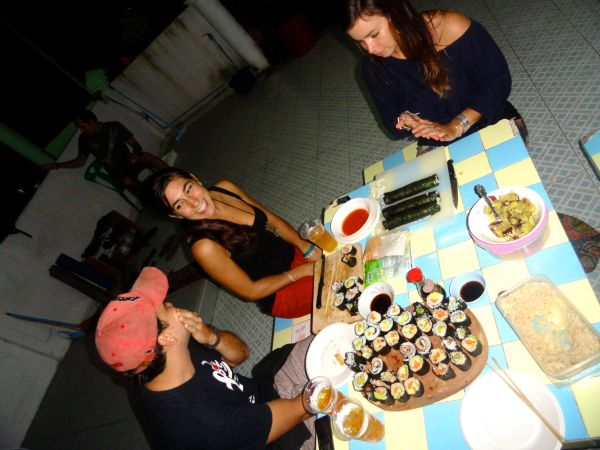 we had some awesome vegan sushi with claire and collette 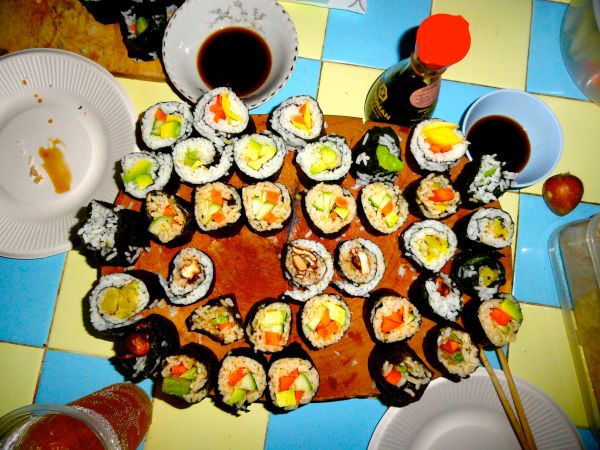 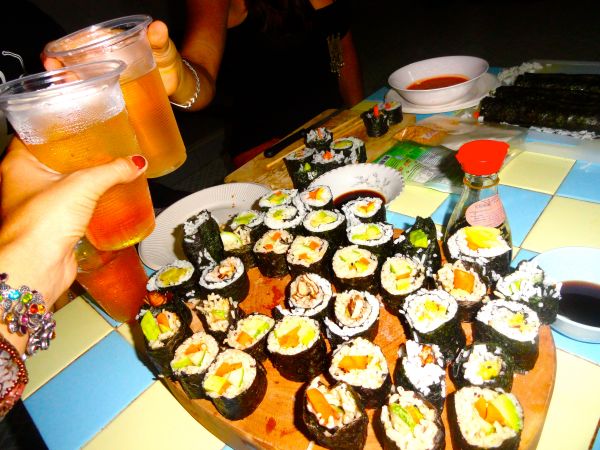 caught the market in this gorgeous light 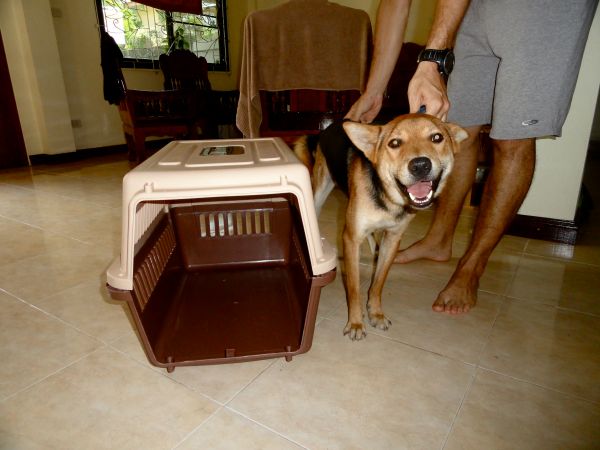 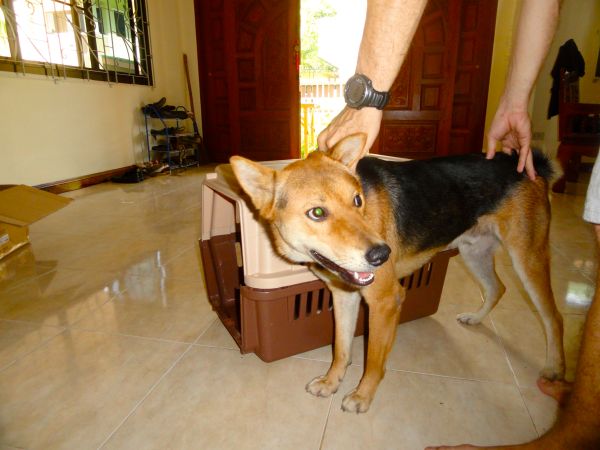 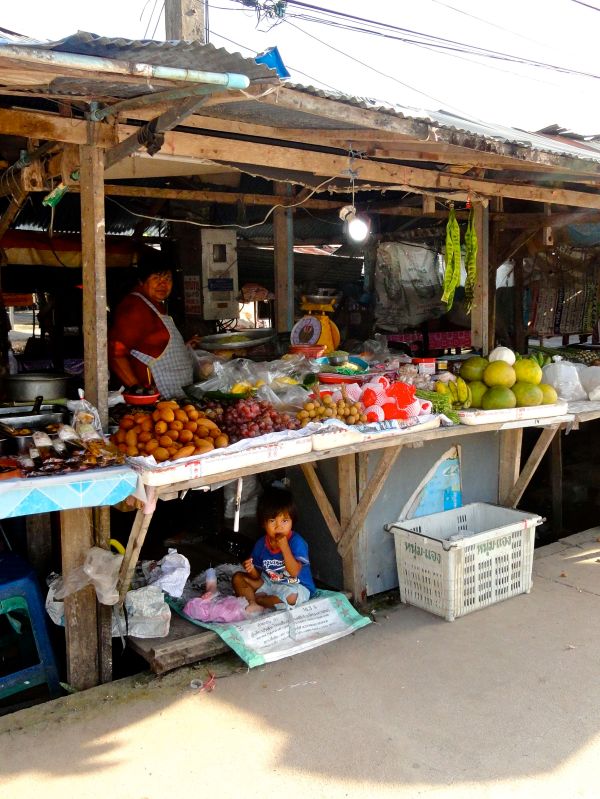 there was this kid sitting under a table at the market

and then was totally full the next night. probably my last one in thailand 😦

last friday we went in search of a new waterfall. we were successful, except it was all dried up. so we walked/climbed up the giant rocks, which had been baking in the sun all day not unlike enormous round pizza stones, to the top of the mountain. it wasn’t until we made it home that i realized i’d burnt my feet so badly as to produce half-inch thick blisters on the bottom of each. i walked around with two club feet for two days. sorry for the graphic picture. (haha… i just reduced its size in hopes of the ‘ew’ factor also diminishing.)

i burnt a few grilled cheese sambos something awful (but they still tasted alright!)

i spotted someone rocking this amusing shirt whilst bustling around town.

Aaaand… that’s pretty much the long and short of it!

One thought on “More Thung Song Happenings (or, an Excuse to Post Lots of Pictures of My Dog)”